Data blending is a process that allows to use many data sources in your visualizations and calculations at the same time. It leads to greater flexibility when creating reports. For example, using data blending allows you to use an invoice header level data and invoice coding row level data in the same visualization or dashboard.

For example, in the previous screenshot you can find:

All other potential fields are shown with an unlinked sign which can be selectively chosen.

Data blending is similar to left join, but the only difference is that it does not duplicate rows in the primary table if there are many values, row is not multiplied, and it still contains a single row.

From version 17.5 onwards, Basware Analytics provides you an enriched choice of greater flexibility while using all custom fields in coding row only.

InvoiceCodingRow data source is available in limited format versions 17.5 of Basware Analytics.
It will be phased out in future releases, because it is included to allow migration of existing reports to use new data sources. 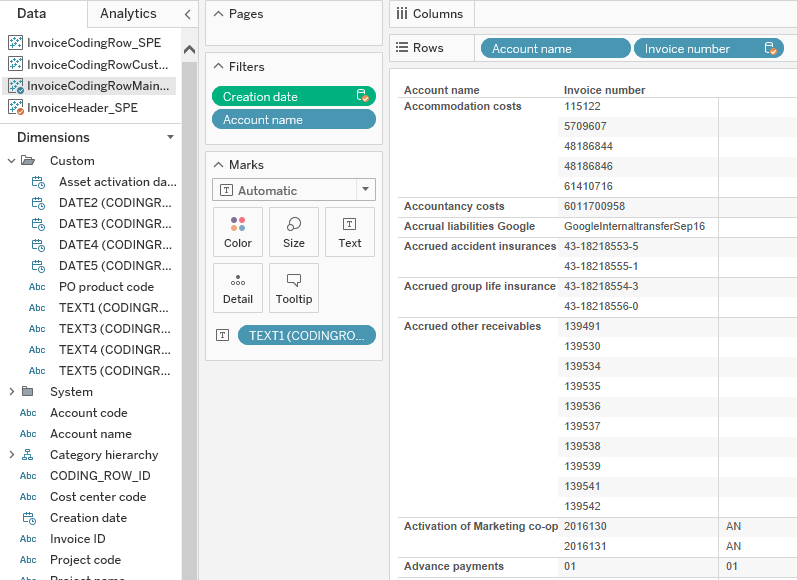 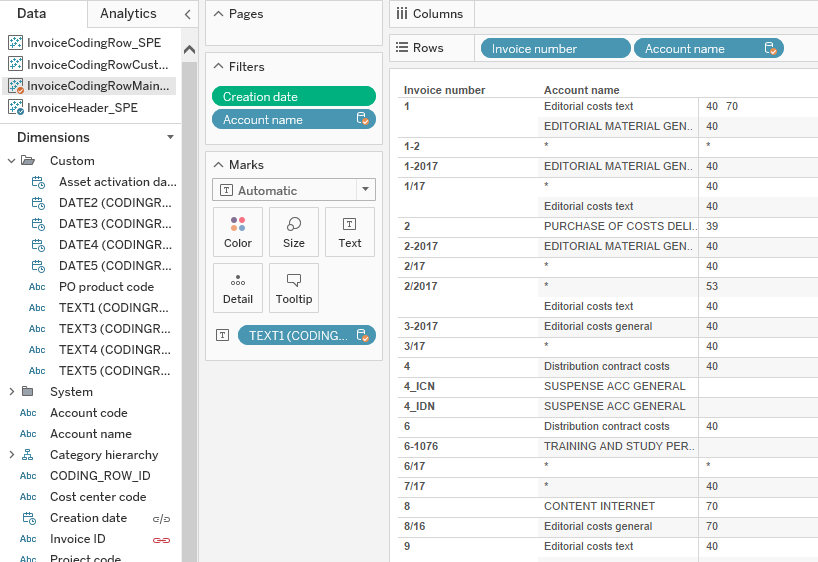 Output is as shown in the previous screenshot where you will be able to get details based on Invoice Number. Here the asterisk (*) means that there is one-to-many association for Invoice Number and Account Name. To get the desired results, selection of the primary data source is vital which can be noticed by changing the primary data source to be InvoiceCodingRowMain.

InvoiceHeader is considered as the primary data source where Account Name is null, as shown in the following screenshot. There is no match against Invoice Number in the secondary data source.

How to Determine Linking/Blending Field 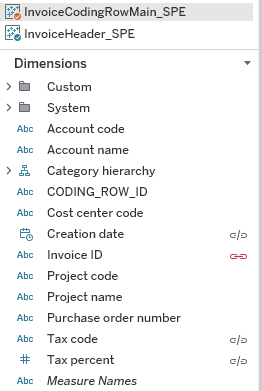 It is always the best practice to limit the data by using filters before bringing any dimension/measure for not loading too many rows on the canvas.